THERE WAS A TIME when fur played a necessary role in a person’s ability to protect himself or herself from the elements. Even in the 20th century it was a given that a good winter coat was made of leather and had a fur lining, not to mention a fur collar. And there were the nonessential uses, too, which kept the nightclub set of the 1950s looking cool – and which allowed Meret Oppenheim to create her lovely surrealist object, the fur teacup and spoon. Not necessary, but not trivial either.

With the advent of synthetic furs, which many argue look better than the real thing, and with the development of new fabrics (such as gortex and polypropylene) that make animal fur obsolete, the question arises: should our society continue to tolerate the cruelty to animals that harvesting fur causes – solely to satisfy this generation’s need for ornamental trim for its coats? Shouldn’t San Francisco push this issue by enacting a ban on the sale of fur?

Opponents cry that we should allow the market to cure this problem – if it is one – and that we should respect free choice and not hinder business in an already depressed market. But hasn’t it always been the case that we as a society occasionally legislate emerging contemporary norms? Consider the ban on smoking in restaurants or the divestiture campaigns against South African companies.

Exotic furs (fox, mink, etc.) are often harvested by child laborers in third world countries by methods we would decry if they were occurring locally. Investigators have documented death by clubbing, strangulation, hanging, stabbing, and drowning. Even electrocution, where an electric prod is inserted in the animal’s anus, so as not to damage the pelt, is common.

Animals are caged without food or water for days, awaiting their deaths, and are often skinned alive. And this doesn’t address the trapping of wild animals.

The industry claims its product is “natural” and from a renewable source. Yet formaldehyde, chromium, and other dangerous chemicals are used to process fur. In 1991 the Environmental Protection Agency fined New Jersey fur producers $2.2 million because of runoff leaks from fur farms into rivers.

Some say a fur ban compels a ban on leather products. But leather is a by-product of the meat industry, whereas harvesting exotic fur is for the purposes of “luxury” consumption – and exhibiting social status. Nor do contemporary norms support a meat-eating ban. Does banning smoking in restaurants lead to mandatory wheat grass on the menu? Certainly not anytime soon.

If San Francisco bans the sale of fur, won’t companies just sell elsewhere? Yes – but the symbolic gesture would sound an alarm in an industry that opposes reform, forcing it to either adopt humane standards or risk other cities following suit.

What about lost tax revenue and tourism? Well, there’s no evidence that tourists come to San Francisco solely to buy fur or that, if they can’t find it here, they wouldn’t simply purchase other products. Ironically, fur retailers that now claim to be concerned about our tax revenue are among the businesses that recently sued to invalidate our business tax, without showing that the tax had harmed them – costing the city $100 million.

Fur retailers also pander to San Francisco’s “live and let live” history of tolerance to oppose a ban. But they do this only to diminish scrutiny of the fur trade. This isn’t about sexual or intellectual tolerance. It’s about banning products derived from animal abuse. In all, millions of animals are killed yearly to support this trade. 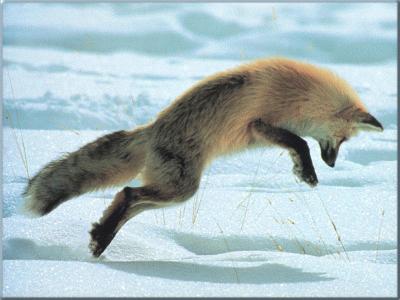 San Francisco is at the forefront of many issues, from making matricula consular ID cards available to immigrant workers to providing health care for transgender city employees, adopting instant-runoff voting to improve elections, and passing the first municipal solar bond. Stopping the harm that harvesting fur causes other mammals is a step in the continuing path of human progress and a sign we have reached the 21st century.