ANY AUTOBIOGRAPHY DEDICATED to the man who picked buckshot out of the authors back under a bridge at Baraboo, Wis., and to another fellow who sawed the author out of the San Francisco County Jail must be a hell of a read. Legendary beat writer William Burroughs thought so, as have hundreds of other readers who have managed to get their hands on Jack Black’s elusive You Can’t Win, a turn-of-the-century hobo/burglar memoir first published in 1926. Now reissued by AK Press, this printing will be welcomed by all those ready to live the outlaw life, if only vicariously.

Black’s matter-of-fact treatment of the hobo life resonates with honesty. We watch Black first-hand as he deals with women of so-called negotiable virtue; as he visits the opium dens or hop joints scattered about San Francisco’s Chinatown; and as he relates to the safecracker hipsters of the era known as yeggs. We see Black in all of his glory: jumping rails, witnessing shootings, robbing banks, and ironically obeying the law – that is, the law of the Johnson’s, a code of ethics among burglars and thieves that rivals anything respectable society has managed to promote.

First edition of You Can’t Win published by The McMillan Company, 1926.

With Black we roam the countryside, meeting characters like the Sanctimonious Kid, whose name speaks for itself; foot-and-a-half George, whose leg injury was the result of a safe blowup gone awry in Butte, Mont.; and Salt Chunk Mary in Pocatello, Idaho, whose principal business was selling wine, women, and song (not to mention fencing stolen jewelry) to the railroad men and gamblers who passed through town.

This book offers not only the boastful burglar, telling of his fantastic heists, but the burglar who can, now that time has passed, look back on the unsuccessful exploits with humor. We have the time Black and his comrades in crime blew open the door on a huge safe only to have it fall on its face – too heavy for Black to get its contents. We have the story about Black and his partners purposefully being arrested for vagrancy, breaking out of jail to commit a successful burglary, only to break back in for the perfect alibi. Over and over again the book delivers. It is engaging, with nothing of the sensational for its own sake.

The first publication of this book in 1926 went through five printings in less than one year. The 1988 reissue by AMOK press included an introduction by William Burroughs, of Naked Lunch fame, who acknowledged the influence this book had on him. The new edition, ushered in by Bruno Ruhland and AK Press, includes the Burroughs preface as well as a nearly 40-page afterword by New York City 1960s literary underground figure Michael Disend (whose own novel, Stomping the Goyim, was praised by Burroughs as “brilliant”). Disend’s afterword alone, written in a powerful and irreverent style, is worth the price of the book. He rightfully places You Can’t Win in the turn-of-the-century prison reform movement that was sweeping the country at the time. Disend politicizes Jack Black by taking the book beyond the romanticism of the on-the-road genre and into the realm of politics and an indictment of the modern prison industrial complex. Sure, readers will love the book because of the great story-telling, but Disend’s afterword helps a new generation see the message of redemption in this post-Three Strikes, post-Proposition 21, prison state America is turning into.

Black’s memoir undermines the notion that violence and inhumanity will somehow reform him. Black survives a chain gang in Denver, flogging in Canada, being straitjacketed in Folsom prison, and three weeks in the infamous cooler of Utah’s state prison, where he lives in darkness surrounded by steel walls, is giving no bedding, and must survive on a single slice of bread a day.  He also endures the psychological terror of witnessing the hanging of a fellow prisoner in the San Francisco jail from his own cell a few feet away. But it isn’t until his brutal beating and choking by a notoriously cruel sheriff in Seattle named John Corbett that he condemns, somewhat prophetically, our modern approach to reforming criminals: “If people can be corrected by cruelty I would have left that cell a saint.” And he didn’t, of course, because we cannot beat justice into a man no matter how hard we try. Nor can we employ cruelty to obtain or guarantee safety because the societal ills that encourage criminality are not diminished in the least by such acts of retribution.

What is beautiful about this book is the realization that Jack Black changes because other men believed in him and took the chance that he wouldn’t betray their trust. He changed because he saw things as a result of the life he led, not in spite of it. Michael Disend’s afterword is filled with historical research that tells of what became of Black after the publication of You Can’t Win. Without giving away the details, let’s just say there were many surprises, as many as are contained in this engaging memoir. 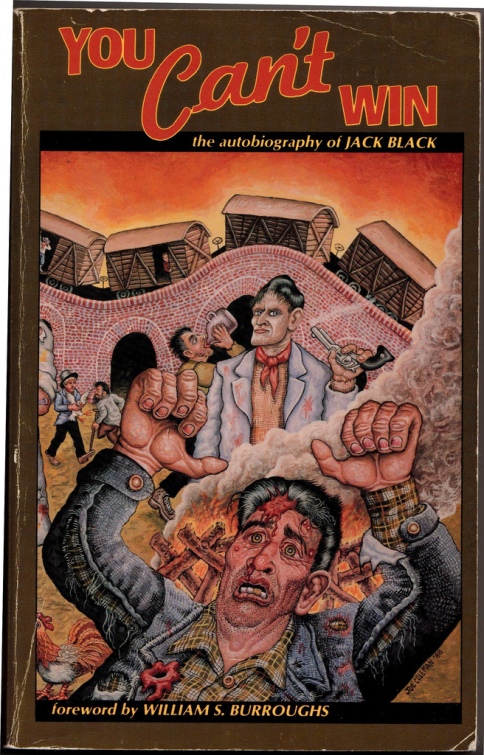 Amok Press edition of You Can’t Win, with cover art by Joe Coleman, 1988.

The publication of this new edition of You Can’t Win coincided, ironically enough, with the final verdict to be recorded in the San Francisco’s criminal courts in the last millennium. Just as the book reached the bookstores in San Francisco the last week of 1999, Frank Grano, who was facing life in prison under the Three Strikes law for the  nonviolent charge of receiving stolen property, was found not guilty by a jury at the Hall of Justice. He had chosen to represent himself against an experienced prosecutor and all the odds. Jack Black, who himself faced life in prison in a San Francisco courtroom at the turn of the last century, would have approved. 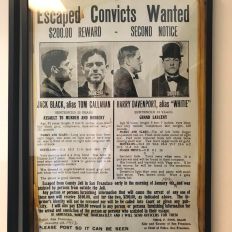 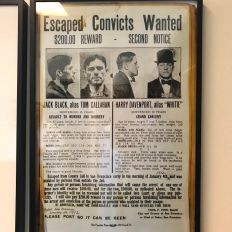