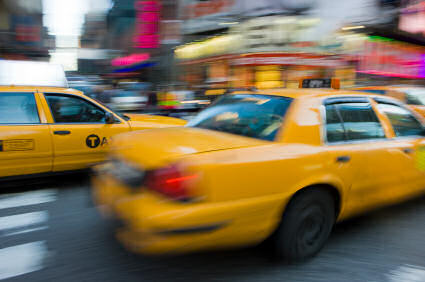 RECENT SUGGESTIONS BY Mayor Gavin Newsom’s administration that San Francisco should consider selling taxi medallions to raise revenue have been greeted with cynicism from some quarters. Such a plan would replace the current system of giving away medallions to the next driver on a first-come, first-served basis. Some have called Newsom’s idea outright theft; others proclaim he wants to institute a sweatshop system undermining a venerable entitlement program supporters claim favors working drivers.

While I disagree with Newsom’s motives, other critics ignore what many in the taxi industry now openly acknowledge: The current system is already a sweatshop that serves few at the expense of many hard-working drivers who want to make this their lifelong profession, but stand no chance of receiving a medallion. Moreover, even medallion holders aren’t left with any kind of graceful “exit strategy” at the end of their career.

Our taxi system works like this: The City has a limited number of medallions that sets the amount of taxis that can be in service at any time. Medallions are not issued to cab companies. But when a driver isn’t using a medallion, it’s usually “leased” to a company.

A medallion is valuable because it generates roughly $2,000 a month when someone else is renting it.

The system, implemented in 1978 when Proposition K was passed by voters, intended to keep medallions out of the hands of taxi companies and ensure that working drivers received the greatest benefit. Initially successful, the wait-list for a medallion is nearly 20 years now, pitting drivers with a medallion against those waiting for one.

Many medallion holders are now in their 80s.

Because of the driving requirement, an older or disabled driver who can’t drive can be stripped of their medallion with no compensation for not working an average of three shifts a week. In one instance, a driver who reported advancing blindness was told by the Taxi Commission to keep driving or surrender his medallion.

Presently, the working driver builds no equity with their medallion — therefore receiving nothing when it’s taken. This incentivizes hanging on regardless of safety concerns and encourages fraud.

Prop K supporters say the “fix” is not enforcing the driving requirement against old or disabled drivers, which is more in keeping with the Americans with Disabilities Act (an issue pending in court). In doing that, however, the wait-list will certainly grow and the purpose of Prop. K would be undermined — “working drivers” wouldn’t have medallions.

Others urge creating a transferability system that allows a driver at the end of their career to sell the medallion to another working driver through a city-operated public auction. Cities, including the nation’s largest, New York, run such a program, with auction proceeds from new medallions going to the city. Proceeds from driver-owned medallions benefit the retiring driver, less any added city fees, thus creating a constant revenue stream.

There are some concerns, but the primary argument raised, that drivers can’t afford to purchase medallions, overlooks the obvious: monies earned “leasing” a medallion to a cab company generates income that can assist in its purchase and banks risk little making a loan secured by medallions that can be transferred to others upon default.

Just as home buyers rarely own their homes outright, the equity drivers would earn paying off “mortgages” is valuable and may even serve as a surrogate for savings.

Not surprisingly, in New York City hundreds of drivers lineup for the opportunity to purchase a medallion at auction.

Certain issues need addressing before a new system is adopted. What if banks won’t finance medallions without hefty down payments? Can The City develop a down-payment-assistance program? What about drivers at the top of the wait-list who are close to receiving a medallion?

Newsom’s administration unfortunately emphasizes selling medallions to balance The City’s budget rather than because it’s good policy. But money raised through any new system should be committed to health care and retirement, the absence of which has been a chronic industry concern for all drivers, including those who don’t purchase medallions.

Providing benefits in this manner would retain the independence of drivers who aren’t interested in obtaining benefits through any system that categorizes them as city employees, yet keeps the system’s unique San Francisco feature: medallions only to working drivers.

While attempts to raid taxi coffers by Newsom should be opposed unless driver health care and retirement issues are addressed, we shouldn’t cement Prop. K into stone, as Supervisor Chris Daly has proposed. It doesn’t address the chronic deficiencies in how The City manages taxi affairs, and romanticizing Prop. K only perpetuates a broken system.

The Municipal Transportation Agency has recently assumed responsibility for taxi regulations. Let’s not squander this opportunity to fix Prop. K.