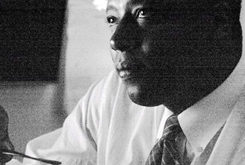 THE RIGHT TO SPEAK ANONYMOUSLY IS A CORNERSTONE OF OUR DEMOCRACY

DAVIS ENTERPRISE COLUMNIST Bob Dunning recently published a polemic against CAROLE’s support for civilian police oversight of the Davis Police Department, “CAROLE Striking Back From the Shadows”, that merits a response.

CAROLE – Community Advocating for Responsible Oversight of Law Enforcement – is a grass-roots organization comprised of people who have gathered to support civilian review of allegations of local police misconduct – a modest goal already embraced by municipalities throughout California.

In his lengthy column, Dunning does not dispute any of CAROLE’s arguments for why greater police oversight is needed in Davis. What offends Dunning is that CAROLE’s members’ have chosen not to identify the individuals and groups who support its mission and goals. Mr. Dunning displays a remarkable misunderstanding of what the right to free speech means, and a stunning unfamiliarity with our country’s history.

Our courts consistently have recognized that the right to freely express one’s opinion as guaranteed by our Constitution, necessarily includes the ability to express that opinion anonymously. Our society thrives because individuals in this country feel free to criticize government and law enforcement without fear that government powers or their stooges will retaliate against them.

Indeed, our nation was built by men with names like Henry, Adams and Paine, who often had to express their support for independence from England anonymously. Paine’s Common Sense, for example, perhaps the most influential written work by the Patriots, was, of course, first published and disseminated ANONYMOUSLY.

Likewise, the Federalist Papers were originally published pseudonymously by Alexander Hamilton, James Madison, and John Jay under the name “Publius”. Dunning would do well to reacquaint himself with our history. Should he do so, he will find that many of the most important progressive movements in our country – including abolitionism, women’s suffrage and civil rights, have been supported by groups and individuals who, by remaining anonymous, were able to express views on issues of controversy. 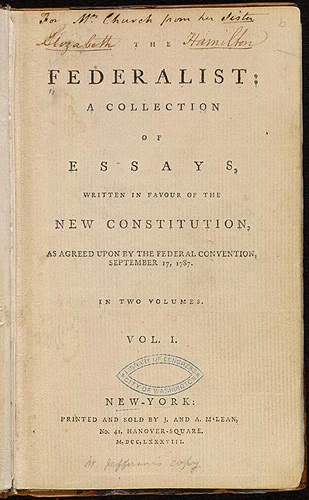 Dunning also describes as “silly” a letter written by CAROLE’s counsel, (the authors of this op-ed) complaining of efforts by the Chief of Police to determine the identity of CAROLE and its members. Dunning’s transparently circular reasoning — “how can the department investigate CAROLE if its members are anonymous”– misses the point.

The Police Chief admitted, during a meeting of a local police advisory board, that the Department was attempting to determine the identities of CAROLE’s members and its source of support. Such an investigation is contrary to the principles upon which this country was built – because it has the effect of chilling the exercise of free speech. And since the police department is paid to fight crime, and not to investigate community residents’ free expression activities, the expenditure of public funds towards such an investigation is against the law.

As the United States Supreme Court has recognized, in NAACP v. Alabama, privacy of group affiliation is an indispensable element of free expression and free assembly. Relatedly, our State Supreme Court has noted, in White v. Davis, surveillance or intelligence gathering can infringe constitutionally protected speech. It is ironic that Dunning would evoke Martin Luther King and Rosa Parks in support of his attack on CAROLE. It should surprise no one that many of the key cases confirming the right to speak anonymously come out of the civil rights movement.

We have no doubt that King George III shared Dunning’s contempt for the anonymous expression of free speech. Luckily for us, our country’s founders did not embrace this view. If they had, Dunning might today be writing for the New London Times.