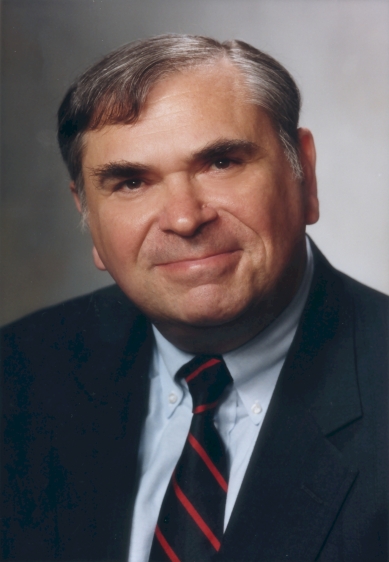 UNTIL WHEN? by Matt Gonzalez

Democrats ask the Greens to delay party building– but for how long?

FOR THE LAST THREE YEARS we’ve heard it over and over: the Green Party spoiled the election for Al Gore and helped elect George W. Bush. But the question that rarely gets asked is what have the Democrats done about it? You’d think that since Bush won all of the electoral votes in Florida without winning a majority of votes cast, that the Democrats would have spent the last three years pushing for majority elections so that what happened in Florida couldn’t be repeated. But they haven’t.

This is odd given how relatively easy it would be to fix this problem. In the event that no candidate for President obtains a majority of the vote, you could have a runoff between the top two vote getters. Such a runoff could take place a month later (as is done in state and municipal elections around the country) or it could take place the same day using new voting technology to implement instant runoff voting (IRV), also known as “rank choice” voting. By allowing a person to vote for their first, second, and third choices, in one trip to the ballot box, you gather their candidate preferences thus allowing for a same-day runoff, if necessary. IRV has worked to elect the President of Ireland, the Mayor of London, and for a variety of offices throughout Australia. But interestingly, the Democrats haven’t pushed this reform.

In fact, the Democratic Party recently opposed Measure 1 in Alaska that would have called for IRV in all Alaska elections, including the upcoming presidential election of 2004. Imagine that. Though Democratic Party leaders complain at every turn that the Greens spoiled a presidential race for their candidate, they opposed a measure that if used in Florida, would have likely resulted in a Gore Presidency. (Ironically, the Republican Party supported Measure 1. Apparently, they did so because they had been the victims of the so-called spoiler effect due to the popularity of a conservative third party in Alaska.)

It appears the only policy solution the Democrats have to the Florida debacle has been to rev up their rhetoric against the Green Party. The argument goes like this: “Bush is a terrible President, he’s killing innocent people around the world and is threatening global stability. We must get him out of office at all costs. Now is not the time to be building a third party in a national election. Vote Democrat.”

What is missing from this argument is that the Democrats want the Greens to vote for their candidate now, though we may disagree with him on fundamental matters like the death penalty and gay marriage, to avert greater harm. But there is no concomitant promise from the Democratic Party to push for majority elections so that the spoiler problem goes away in the future. Greens are left to postpone their efforts to build the party that truly reflects their beliefs in order to avoid “spoiling” the election. But delay for how long? The Democrats set no deadline for themselves in terms of how long Greens will be asked to renounce their true first choice to avert this greater evil.

When, exactly, will Green voters be entitled, in the eyes of the Democratic leadership to vote for the candidate they want to be elected? In 2008? 2012? One explanation for the Democrats’ unwillingness to address the need for majority vote elections is that as often as not, it works in Democrats favor: Not so long ago, the Democrats were the beneficiaries of the presence of a strong third party candidate in the presidential election. Remember Ross Perot? Perot won 19% of the vote in the 1992 election, most of it believed to be from George Bush Sr. Perot was subsequently criticized by Republicans for having enabled Clinton to win the Presidency by a non- majority (43% of the vote). Not surprisingly, Democrats were more welcoming to Perot’s candidacy than they were of Nader’s.

How do we reconcile this? After all, no one is entitled to my vote. Sure, Bush is terrible, but lets not forget that Bill Clinton wasn’t averse to some violence for political gain. He bombed the Sudan and killed many innocent people to get the media attention away from his impending impeachment crisis. And in the preceding eight years, we’ve seen the Democratic Party become increasingly conservative; abandoning many of the democratic values it once stood for. The most egregious offenses of the Bush Presidency, the Patriot Act and the War in Iraq, carried overwhelming Democratic support. Progressives justly feel abandoned. For them, Republican or Republican Lite is a dismal choice to make.

Greens want something different. And while I believe there is a difference between the two major parties, the Democrats can’t get me to keep postponing the society I want to live in without offering an end to this 18th century voting practice. They need to step up and commit to fundamental voting reform that will make the whole concept of spoiling obsolete and they need to make this promise knowing that they get four years to deliver change, otherwise they shouldn’t come back telling me how terrible the Republican candidate is.

So, to the Democrats out there: do you really want to end the spoiler problem in American democracy? Do you have a solution other than telling me I can’t vote for my favorite candidate?