I’M SO TIRED OF THE DEMOCRATS talking about how Ralph Nader spoiled the 2000 presidential race for Al Gore. The energy they put into perpetuating this story could be much better spent on election reform so that candidates, like Gore, who win the popular vote could be victorious. Or they could push for laws requiring a candidate to have a majority of the vote before being declared the winner. Unfortunately, they’d rather dwell on Nader.

But what’s good for the goose is good for the gander. The Republicans lost the election in 1992 because independent Ross Perot “spoiled” it, and Democrat Bill Clinton won with less than 43 percent of the vote – further from a majority than George W. Bush in 2000, I might add.

If you look back on the last 100 years, this is a recurring phenomenon: Eight of the last 24 presidential races were won by a candidate who didn’t have 50 percent of the vote.

The most egregious example was Woodrow Wilson’s victory in 1912. Teddy Roosevelt, a former Republican president, entered the contest on the Progressive ticket against incumbent Republican President William Taft, and succeeded in throwing the contest to Wilson, who went on to serve two terms.

It’s not just the presidency that has been “spoiled.” The outcomes of several U.S. Senate contests have been affected by third-party candidates, all of them favoring Democrats and helping them keep their edge over the Republicans. But you’ll never hear the Democrats talk about that. 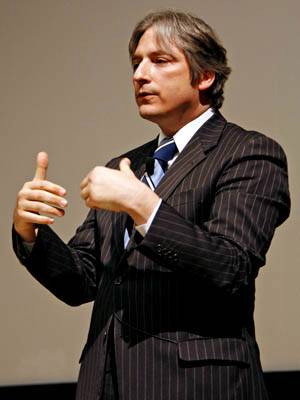 Right now, the Democrats and Republicans both have 49 senators. The other two are independents – Bernie Sanders from Vermont and Joe Lieberman from Connecticut – who caucus with the Democrats, giving them a 51-to-49 advantage.

You might be surprised to learn that four Democratic senators now in office won their seats because Libertarians “spoiled” contests for the Republican candidates. They are:

— U.S. Senate Democratic leader Harry Reid of Nevada, who won his seat in 1998 when he beat John Ensign by a mere 428 votes, and with less than 48 percent of the vote. The Libertarian candidate, Michael Cloud, got 8,044 votes, and the Natural Law candidate won 2,749 votes.

Despite this unexpected help, Senate Democrats have supported President Bush’s war, voted to approve every war appropriation, and passed the Patriot Act.

Federal contests in this country aren’t spoiled by the entry of third-party candidates; the system is rigged so that the outcome might discourage any third-party candidate from considering entering the race. Both major parties would rather occasionally lose elections than institute electoral reform that might create a more diverse Congress. In doing so, the political spectrum stays narrow, and the contest of ideas – even in a democracy as diverse as ours – is downright bland.

Before you criticize Nader for entering a political race, ask yourself: If Congress approved the war in Iraq, all war appropriations, and the Patriot Act, then who is really spoiling this country? And doesn’t being scared to vote outside of this very narrow range of choices guarantee that this system and the candidates it produces will remain in place?