first published as the foreword to Structure, Gesture, and Something Else: The Paintings of Tom Schultz (SF: Michael Rauner Photography, 2010) 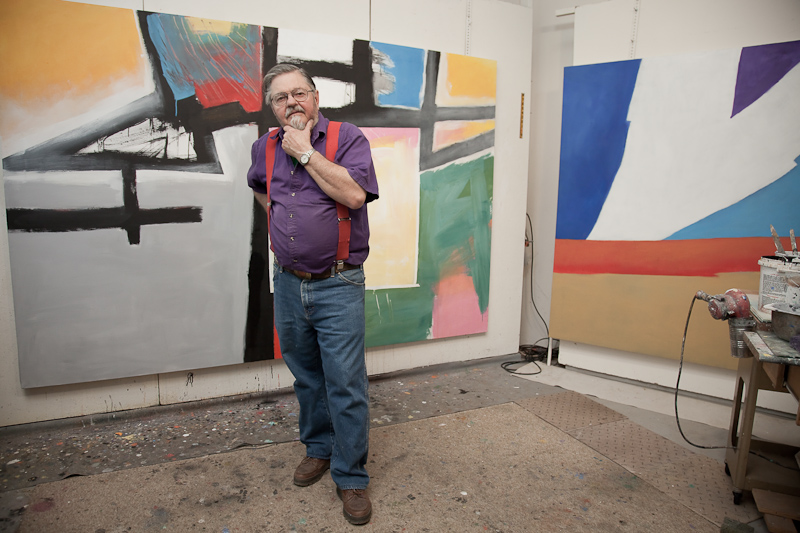 I first saw Tom Schultz’s work at the Adobe Bookshop in the Mission District of San Francisco in the early 1990s. At the time Andrew McKinley and Brian Bilby co-owned the store and would occasionally host art shows.  Schultz’s paintings, ranging in size from 24 x 24 to 48 x 60 inches, had an immediate vitality. A combination of hard-edge and gestural painting, the work projected an explosive energy from atop the bookshelves and along the 70-foot length of the store.

Later, Beat poet Jack Micheline mentioned him to me a few times. He’d say, “You’ve got to meet this knockout painter I know.” Schultz lived on 53rd Street in Oakland near the Emeryville border and I paid him a visit in 1996. As it turned out, I purchased the first painting I saw upon entering his studio, a medium-sized oil that hung inside Schultz’s front door.

Schultz is an action painter. He emphasizes the physical act of painting as much as anything else, confirming critic Harold Rosenberg’s observation that the Abstract Expressionist’s finished canvas was a physical manifestation of the creative process. A kind of residue, if you will, of the artistic moment documenting the artist’s struggle. 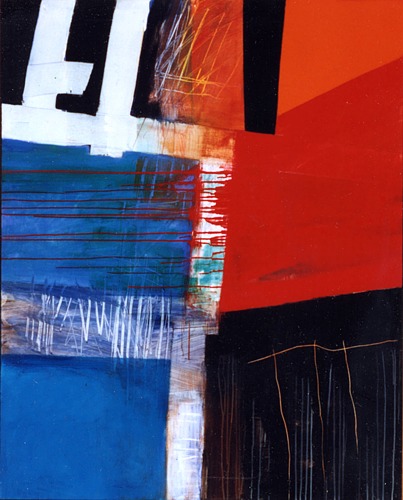 His paintings are also rooted in the tumult and improvisation of the jazz he heard at The Five Spot when he lived in New York City. Charles Mingus, John Coltrane, Don Cherry, and Thelonious Monk are but a few of the musicians he saw perform live. The emotion Schultz’s work emits is self-evident, but not easy to define because he’s largely tapping into a subconscious quality that embodies not just an aesthetic inquiry but the total lived experience. His working-class roots and his committed political life, and all the corresponding emotional outpouring of energy that has come with it, is present.

While I have always admired artists in the West Coast circle of Richard Diebenkorn, my true alliances are with the New York School of Abstract Expressionism, particularly works by Willem de Kooning, Franz Kline, and Joan Mitchell. Schultz is in that lineage, having arrived in New York City from Colorado in 1959 at the height of the movement and thereafter falling in with the group of painters who hung around the Cedar Tavern on University Place. At one time Schultz worked stretching canvas in Kline’s studio, an association which is apparent from his work.

Schultz first showed in New York City at Jean Monahan’s Studio Gallery on 13th Street in November of 1959 (a solo show arranged by Schultz’s Colorado mentor, the painter Charles Bunnell), and later at the various 10th Street co-op galleries, including the Brata and Phoenix galleries.

After living on the West Coast for a decade, Schultz began showing his work in Germany in 1990, when the Walter Bischoff Galerie in Stüttgart invited him to exhibit in a group show. Other shows followed, including solo shows at Amerika Haus in Stüttgart and the Olaf Clasen Galerie in Köln in 1995 and 1996. These were major efforts necessitating the shipment of many large canvases and requiring Schultz to rebuild stretcher bars once in Europe. From the photographs I’ve seen of the openings, Schultz was vetted as an important painter from the United States, yet returned home to “make a living” as a carpenter. It is precisely this neglect in the United States we hope to rectify with this project.

In many respects this effort was inspired by the 50-year-old “blue painting” on page 78 of this book, now in the collection of William Gilmartin. In 2004 Schultz called saying a friend in New York City, Tom Stadnick, had shipped it back to him. It was painted when Schultz lived on the Bowery in 1961. Thereafter it was in Brooklyn and later rolled up and stored away. It arrived to California damaged from years of neglect. Schultz considered cutting it up to salvage some smaller canvasses out of it, but ultimately he gave it to me on the promise I’d have it restored. Notably, he remembered that Franz Kline had complimented the painting during a visit to Schultz’s Bowery loft when Tom was 22 years old. Tomas Tomaszek, who trained in conservation and restoration at Krakow University in Poland, did the work and thereafter it hung in my law office in San Francisco.

In the Summer of 2010 I made a gift of the restored “blue painting” to William Gilmartin, on the occasion of his 50th birthday, as he had long admired it. Along with his business partner, Alan Varela, Gilmartin is both a collector and patron of the arts. He in turn wanted to do something for Schultz. The resulting enterprise combines a show at Art Space 712 Gallery and the book you hold in your hands, designed and photographed by Michael Rauner, and which includes a critical essay by Mark Van Proyen. The project is a testament to William Gilmartin’s interest in elevating artists, sharing their work, and inviting others to experience his passion for what they make.

It has been a delight to watch this book unfold. Conceived by an authentic art patron and executed by a small cadre of Schultz aficionados, it presents the work of a mature artist who has spent thousands of hours alone with a brush in his hand facing off against a canvas. Simply put, this book documents the life of a painter and the struggle he has endured. 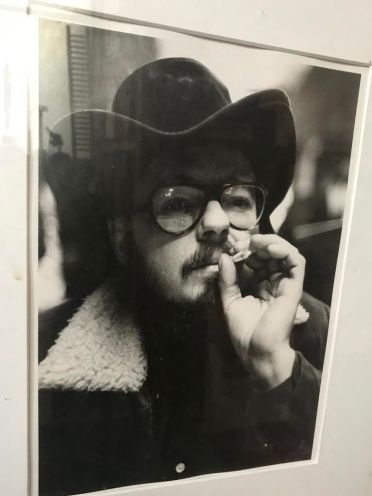 Tom Schultz in his studio, 2018. Photo by Matt Gonzalez. 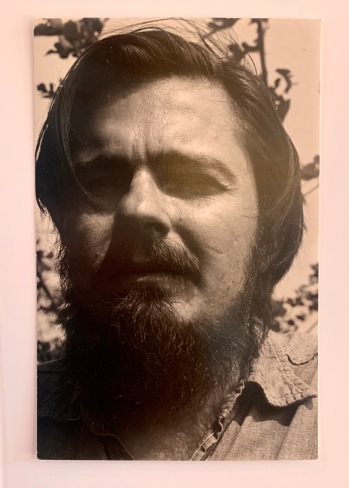