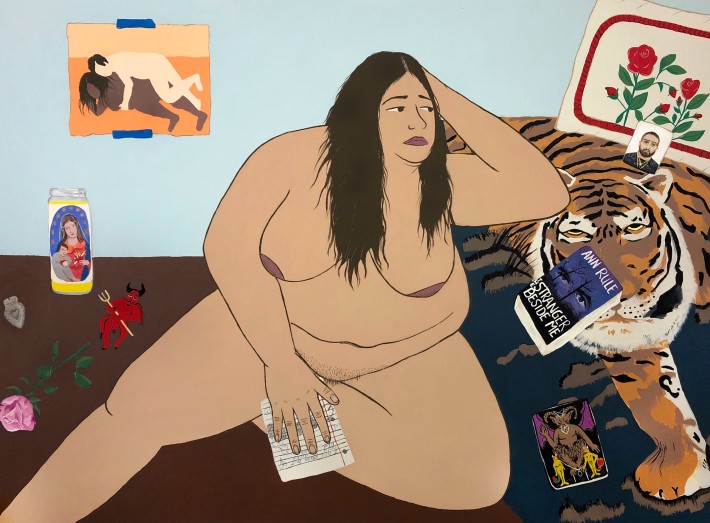 Self portraiture, particularly when it includes nude renderings of oneself, runs the risk of being self-indulgent. In Gina M. Contreras’s exhibition Sola Chola, however, the bodies presented don’t fit into the societal norms of expected beauty dictated by contemporary fashion magazines, so it’s immediately apparent the artist isn’t “showing off.” Neither are her figures offered as “body positive” images trying to come to terms with insecurity or vulnerability about how one’s own body measures up to others. One gets the sense that Contreras, a San Francisco painter and printmaker originally from Fresno, is painting what she knows and the viewer can take it or leave it. She’s painting for herself, not posting a selfie she wants to tout or convince us of. Contreras isn’t concerned with our reconciliation of the images with our expectations or hangups, either. That’s not what these paintings are about.

The work evokes voyeurism, but without a sexual connotation. Instead, the viewer is summoned into the narrative of the paintings and the psychological sphere Contreras unpacks for us. Intimate features are rendered, including disconsolate facial expressions, all presenting a stark confrontation with the breakup experience, rather than the excitement of nudity. Contreras, who received a bachelor of fine arts degree in printmaking from the San Francisco Art Institute in 2008, invites us into her personal space to explore heartbreak, being alone, and the path toward empowerment and self-love.

In some canvases Contreras leaves only the smallest details of genitalia on the nude bodies she renders, favoring the stripped down shapes that constitute the composition field. These figures are “left bare” as the artist herself recognizes, with the larger color areas referencing the biomorphism of the American Abstract Artists or the paper cut-outs of Henri Matisse’s later career, which he made with paper, scissors, and gouache. Color and shape exercises take precedence and supplant breasts and penises. Either way, Contreras takes ownership of the parts by leaving the essential details that identify bodies and gender.

The scenes depicted usually present Gina’s alter ego in a forlorn state as she faces anxiety about relationship choices. The presence of votive candles adorned with images of the Virgin of Guadalupe, popular in traditional Mexican households, are presented on the canvas, signifying an offering or prayer in support of the love-lorn protagonist of the story. Tarot cards, pictures of a loved one taped to the wall, and dried out flowers flesh out the narrative.

In one large painting from 2019, “Sola Chola” (acrylic, gouache, and graphite on canvas, 36 x 48 inches) Contreras places herself reclining on a tiger rug signifying the taming of the wild, here a likely reference to what she believed was her prowess over sexual partners, now gone. The title of the exhibition gives some clue of Contreras’s resilient attitude: “sola” is Spanish for alone; and “chola” is Mexican-American slang for tough girl from the hood. In one part of the painting a book by the author Ann Rule is rendered. The Stranger Beside Me is a novel about a serial killer that the author had once both worked with and befriended. Contreras asks us to consider what we don’t know about the people we are close to. In effect, this is the message of heartbreak that the show is ostensibly about: we fall in love with one person, but break up with the parts we don’t know. 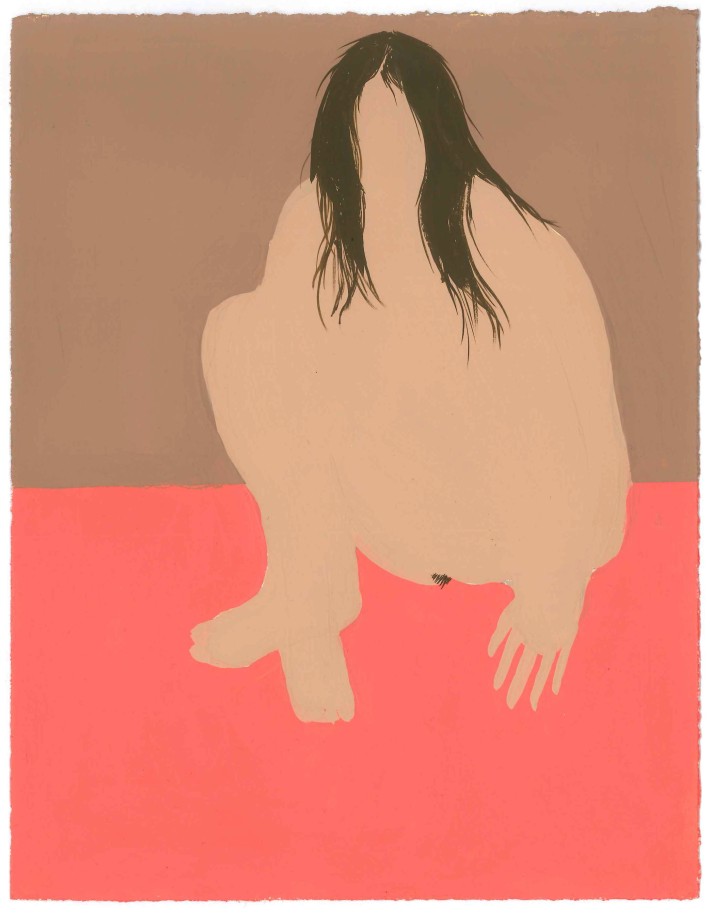 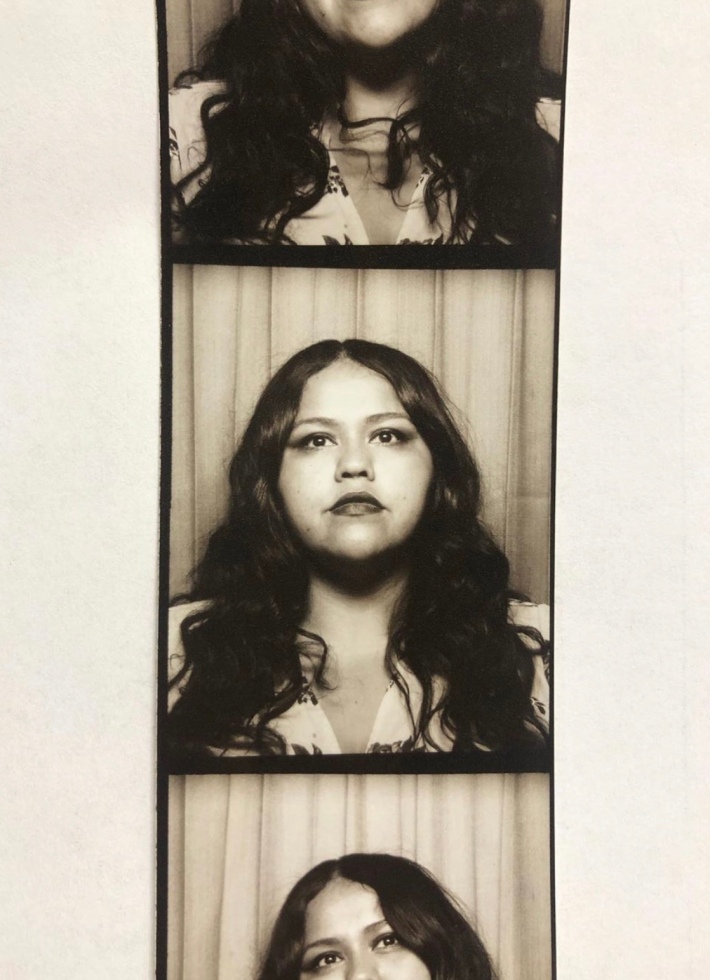